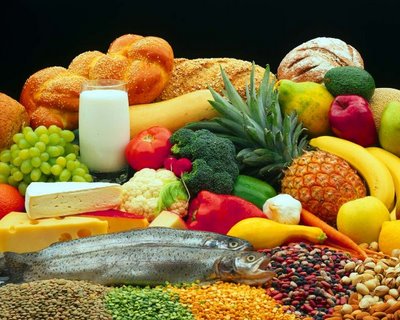 On Dieting and the Cheat Day

When I say “diet” I don’t mean the calorie-restriction, low carb, low fat, lose weight in 80 days or your money back diet. Personally, I think those diets are a problem, because they don’t teach people how to eat healthily over a long period of time – you can lose weight on an all-bacon diet if you count your calories, but your arteries would be clogged to all hell. For lack of a better word, I use “diet” to encompass a plethora of healthy-eating guidelines that essentially boil down to portion control and eating clean (staying away from junk and fast food).

This type of diet can be, at the same time, easier and harder than many of the fad diets out there today. There’s little to no calorie-counting and no worrying about the little micro-nutritional minutiae unless you happen to be a world-class athlete. Sure, eating a balanced meal is important, but not so much that you need to worry about every gram of protein you consume. Conversely, many people may consider such freedom a bane. In a sense, without someone dictating to you what you should and should not eat, it becomes difficult to regulate yourself, especially with the addictive effect that many processed and sugary foods have. This brings me to my main point: how to treat your cheat day.

For many, the cheat day is a pre-planned occurrence of gluttony and hedonism, and thusly, many people who lose weight do not keep it off. However, for anyone who is truly trying to make a long term lifestyle change, it should not be so, mainly because the unhealthy foods indulged upon become positive – they become a reward for eating healthy for a week, or a period of weeks.

On the surface, this doesn’t seem like a big problem. A reward for being good makes one more likely to do good, right? Many people structure their cheat days exactly around this kind of thinking. However, that paradigm only succeeds if the rewards involved are inherently good. If you attach such a value to the foods you eat on your cheat day, then the foods you eat the rest of the week become bad, and your day to day meals become something you loathe and suffer through, and, eventually, your diet will fail long term.

I propose a different way of looking at the cheat day: as an accident. If you never intend to cheat on your diet, then even if you fail momentarily, it can be a good thing. Often when people fail on their diet, it’s because of stress. You come home after being chewed out by your boss, or a huge fight with your girlfriend, or after an exam that you spent the entire night studying for and stressing out about, and you just couldn’t be bothered to muster up the willpower or the energy to prepare some proper food for yourself, so you stop and get McDonalds, or grab a bag of potato chips and pig out on the couch in front of the T.V. This makes you feel even worse about yourself, but it doesn’t have to.

Simply put, failing to eat healthy all the time isn’t necessarily a bad thing, and numerous studies have showed that people who only adhere to their diet about 90% of the time tend to do better on it, and misinterpretation of these studies is what leads to the planned cheat day. This has more to do with a psychological correlation, than a biological causation.

The main thing that a cheat day causes is regret. You feel bad because you think you’ve killed your diet for the week, and you’ll have to work even harder to keep off that weight. However, if you go through the mental process of recognizing that you are only human, and will stumble in your pursuits occasionally, you can gain the resolve to continue to eat healthily. This resolve helps turn the pain of regret into a reaffirmation of principle. You don’t want to feel like that again, so goddammit you’re going to do better next time! (Take note that this mentality only works if you had planned to eat healthy anyway,  but had slipped up for whatever reason – planning out your cheat days kinda defeats the purpose.)

Next time you feel bloated and crappy after eating a whole bag of potato chips to wash down that Big Mac, the key thing here is what to do with that feeling. Don’t think “oh, this is just my cheat day, it will be fine,” think “alright, I slipped up today, but I won’t next week. Next week I will do better. This feeling sucks. It’s not the end of the world, or my diet, but I’m going to make damn sure it doesn’t happen again.”